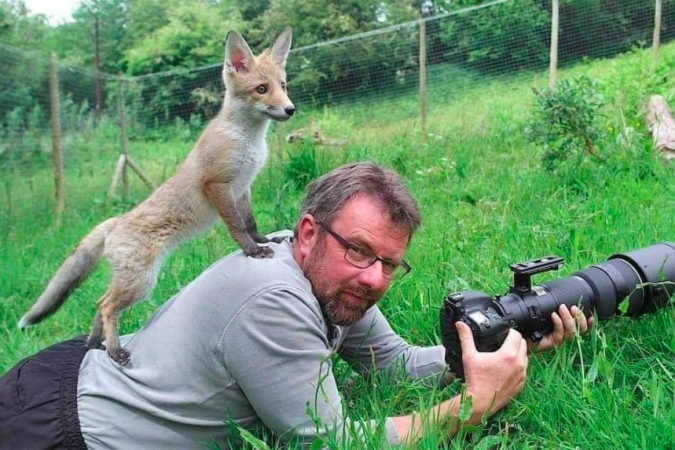 “I don’t know why the ground keeps moving! Stay still, ground! I have to hunt for prey!” 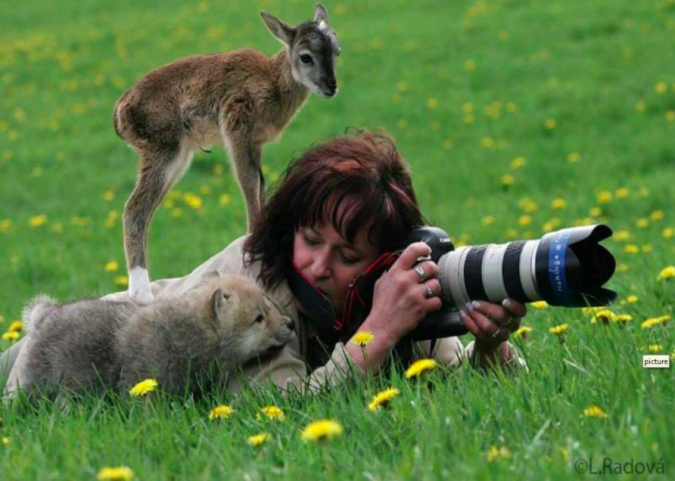 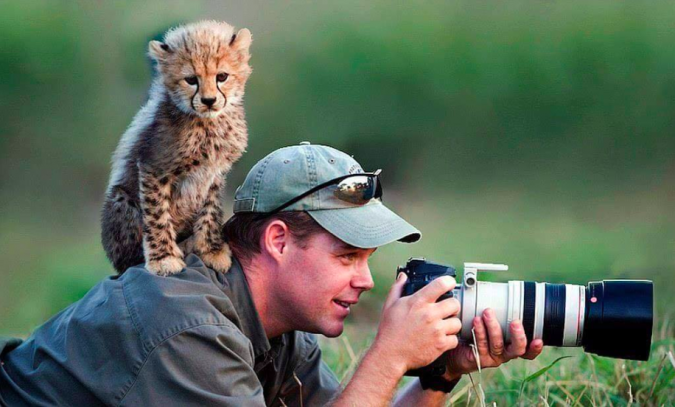 This guy seems remarkably chill for being mounted by a baby cheetah, which probably means mama cheetah is nearby. 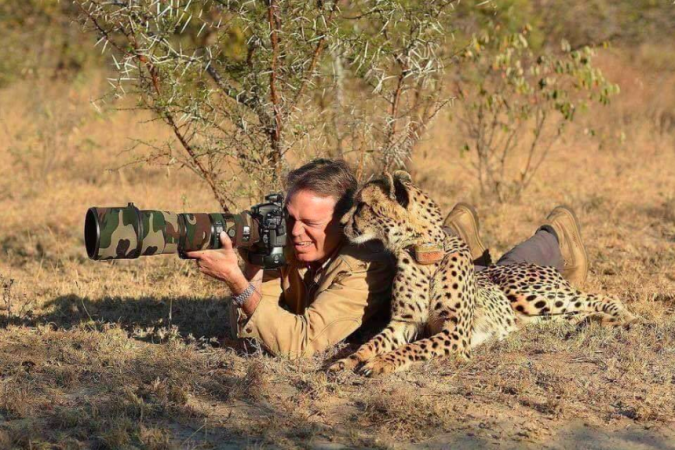 Speaking of mama cheetah, here she is being all like, “What’s that you got there? What does it do? Can you show me?”

The next one is too cute. 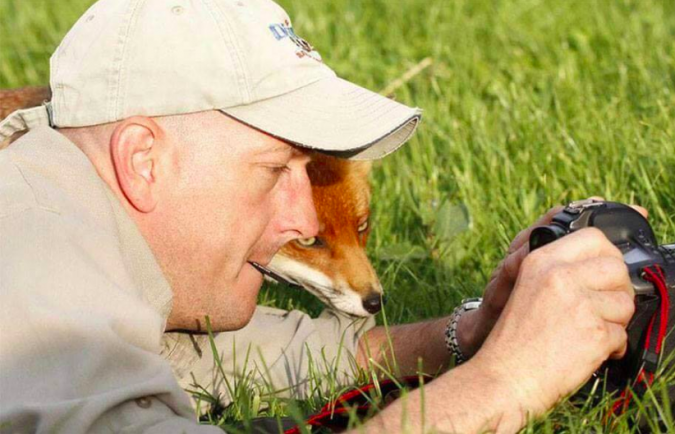 That fox is getting a crash course in apertures, lenses, and all that other photography stuff. Told you foxes are pretty smart. 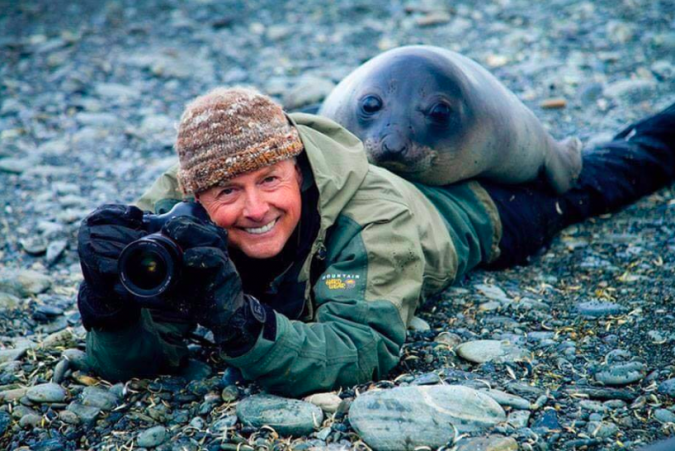 This might be my favorite on the whole list. That seal is cheesing for the camera! That’s an indomitable pair right there. 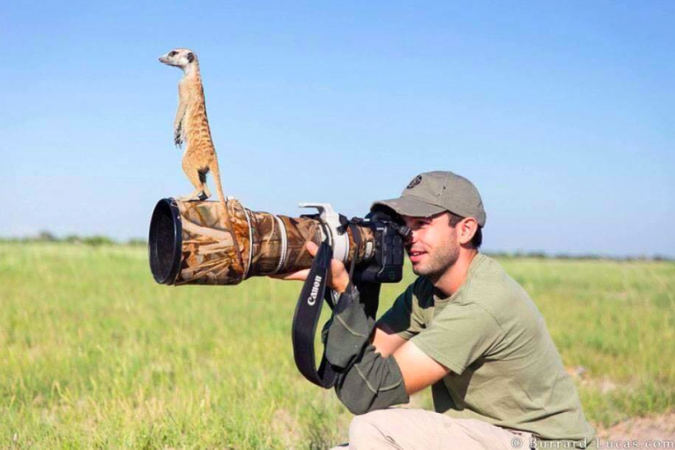 “What are we looking at? What do you see? Point to it! I wanna look at it too!” 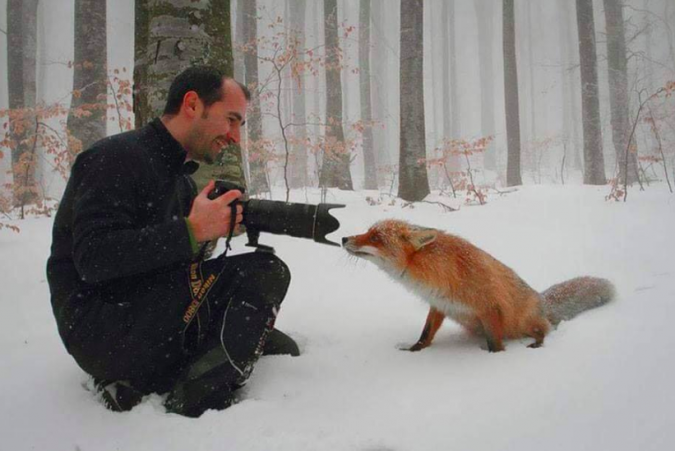 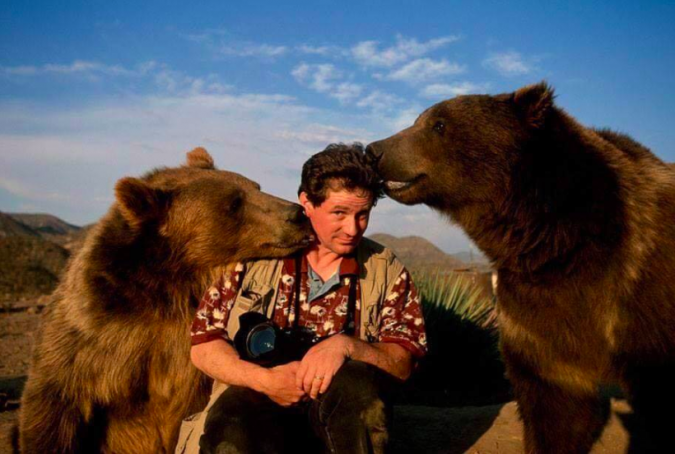 How do you feel now, Goldilocks? (That’s what bears call anyone who invades their personal space.)

The next one is the selfie of the century. 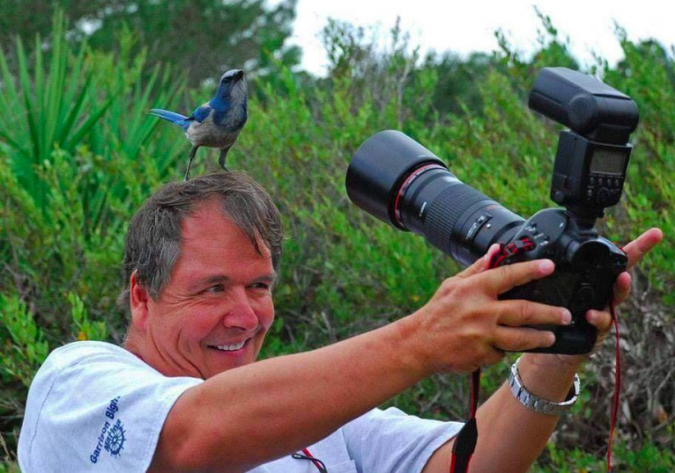 Look at this little bird posing for the camera! Give that bird a modeling contract, stat! 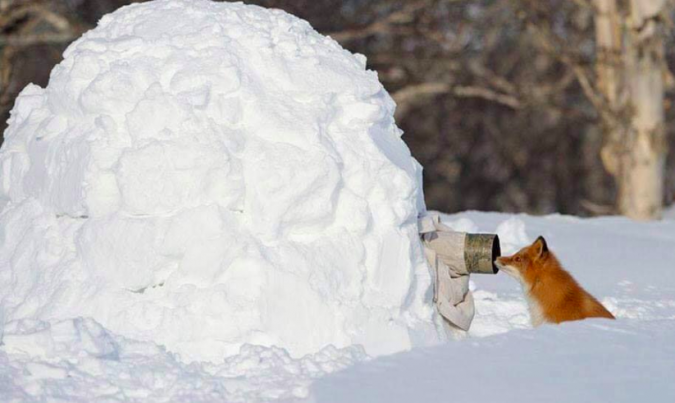 Oh, you thought a giant mound of snow would effectively hide your camera from sly animals like foxes? Think again. 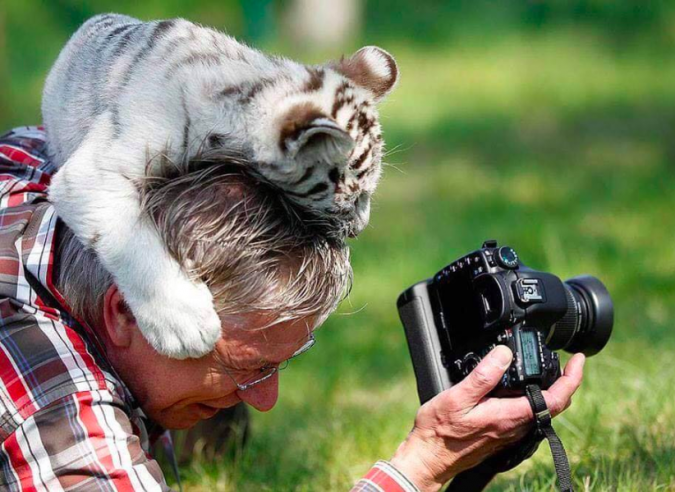 “Oh, are you trying to take a photo? Sorry, let me just bite your head a little bit more! It’s so fun!” 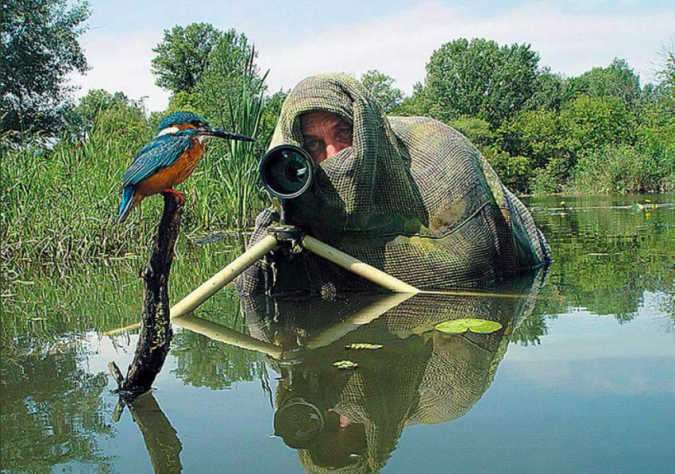 I hope he wasn’t trying to take a picture of an alligator or something in the swamp because this bird deserves the spotlight. 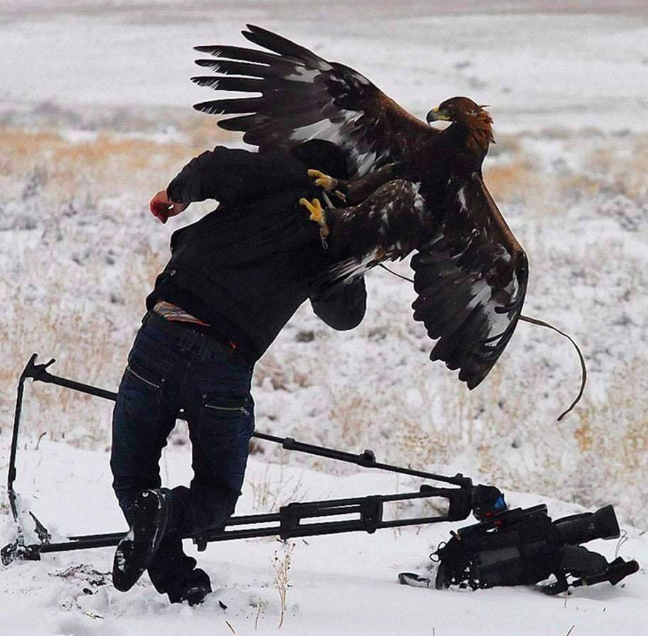 Look, this is the risk you take when you photograph majestic birds of prey without their permission. 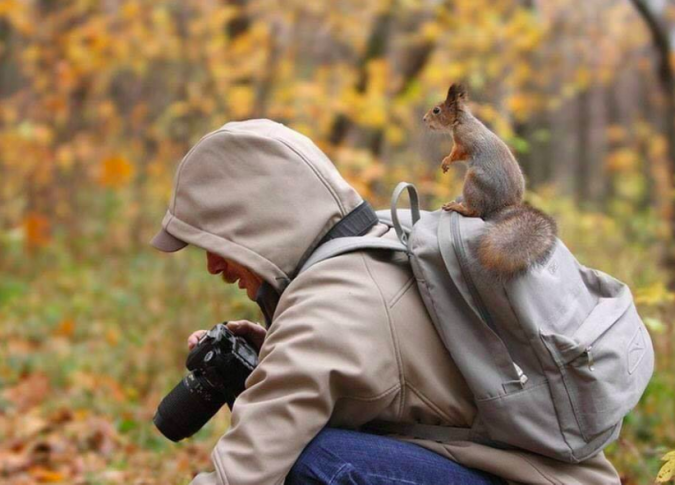 Who hasn’t dreamed of having a little squirrel friend that perches on your shoulder and helps you perform your daily tasks? No one, that’s who. 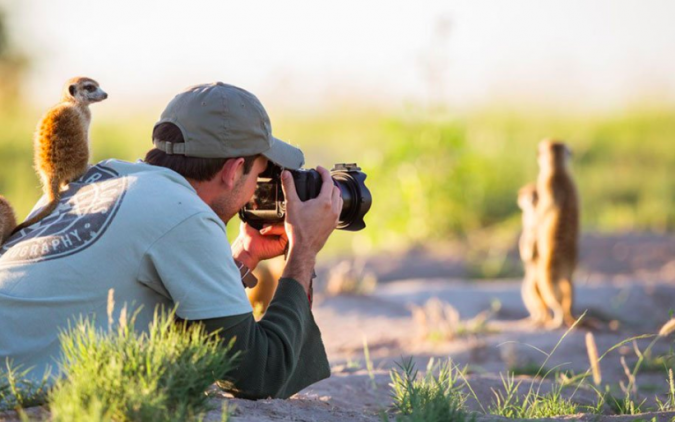 “Psst. You want to get mom from the left angle. That’s her good side. But Billy has to be photographed from straight on. Otherwise, he looks insane.” 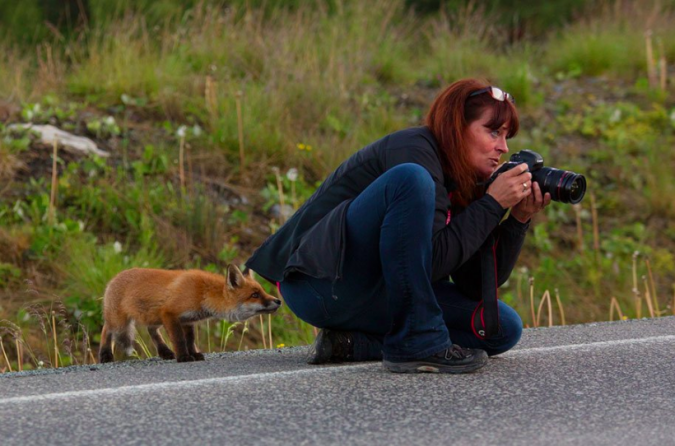 Something I did not think about until just now is that in all these photos, there is another photographer waiting in the wings to capture moments like these! 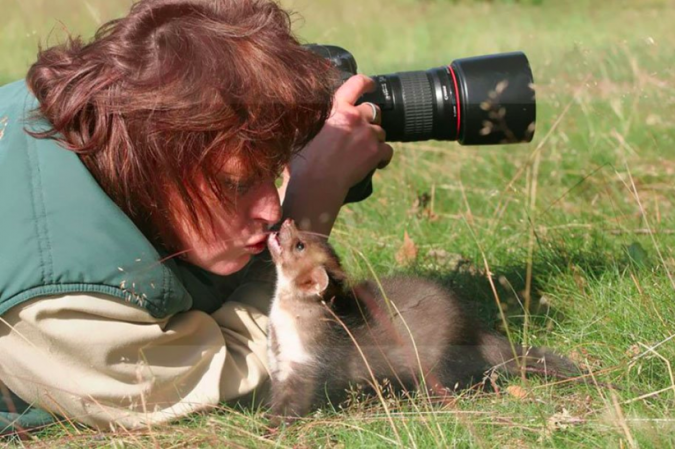 We interrupt this wildlife photography session to bring you a bunch of little kissies from the cutest baby animal. 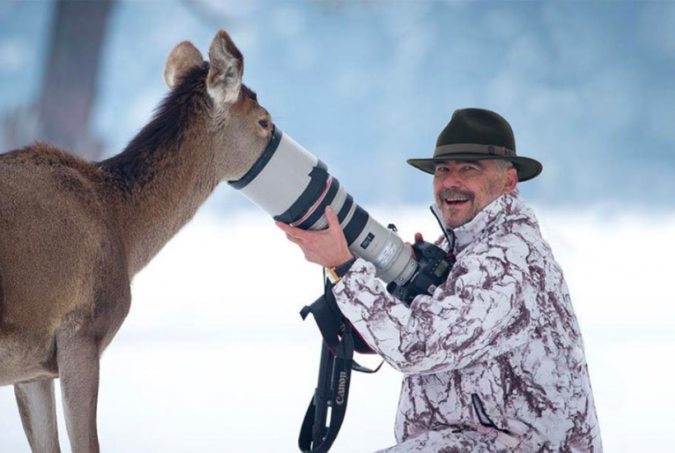 It doesn’t get much closer than this, folks.

The next one is hilarious.

I got the camera meat 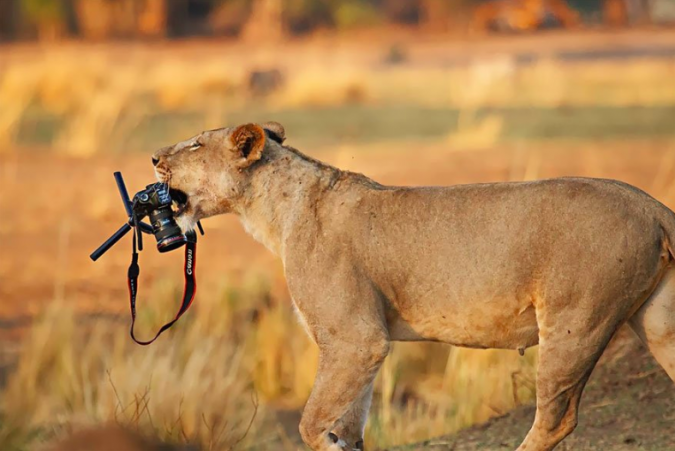 Look, she said she didn’t want her picture taken. I don’t blame her for what happened next. 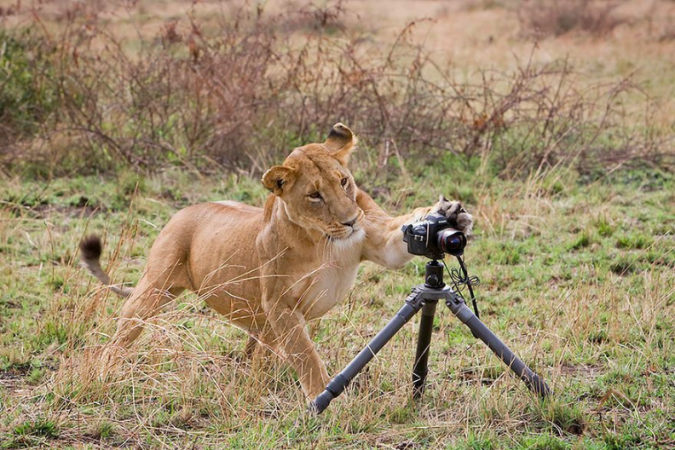 “How do you set the selfie timer? Anyone? Is there someone with opposable thumbs around who can help me?” 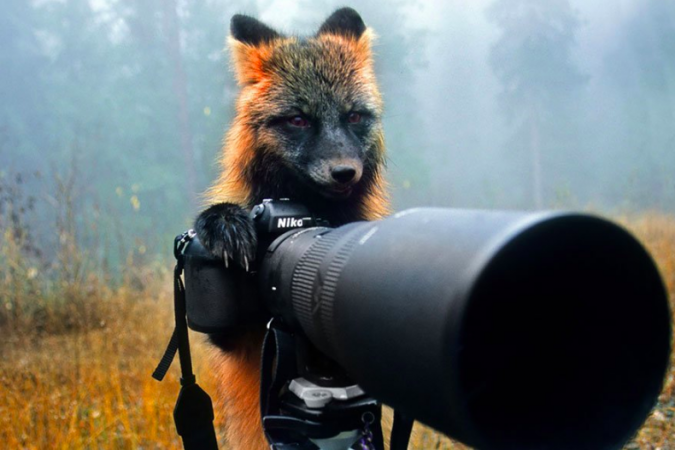 This is his official photographer portrait. As you can tell, he is a very serious artist. 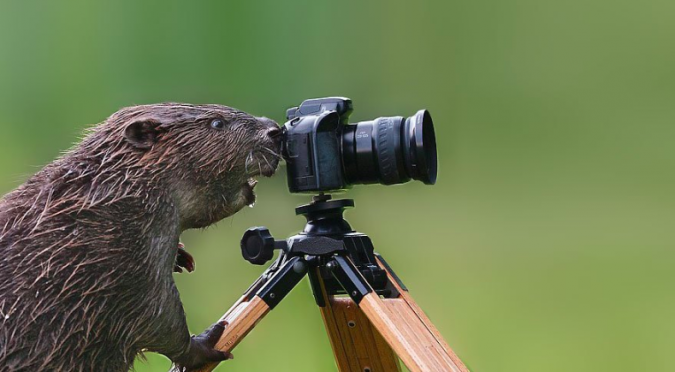 “Right there! No, a little to the left! Now give a big thumbs up! Aw, the kids are gonna love this!” 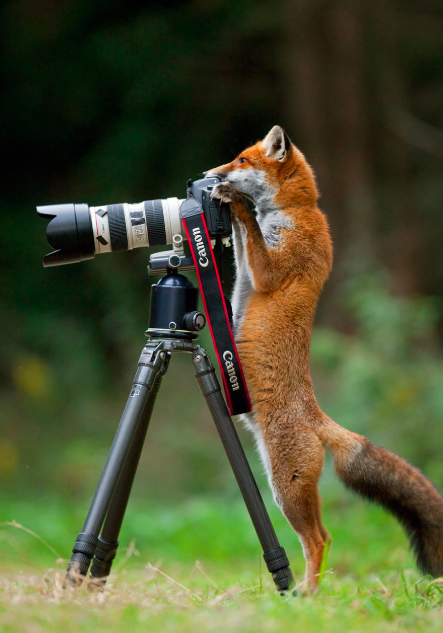 These next few photos are a mini-series I’d like to call “Animals Taking Over the Job.”

The next one is extra cute. 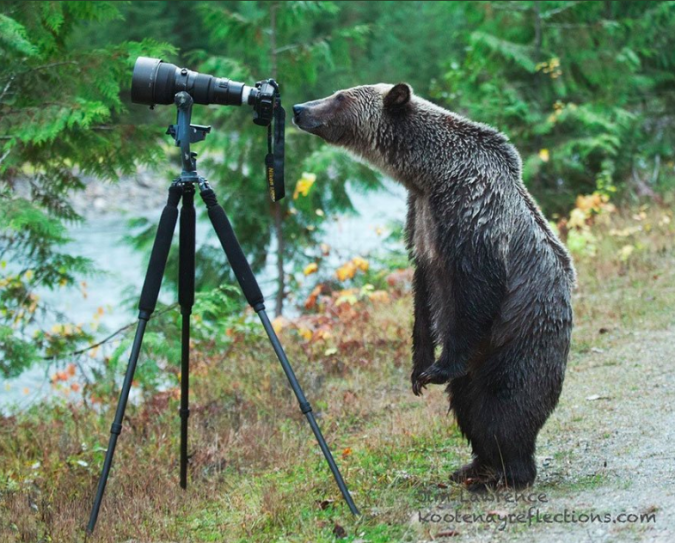 “I see this hairless bear looking into this thing all the time, but what is it? What does he see?” 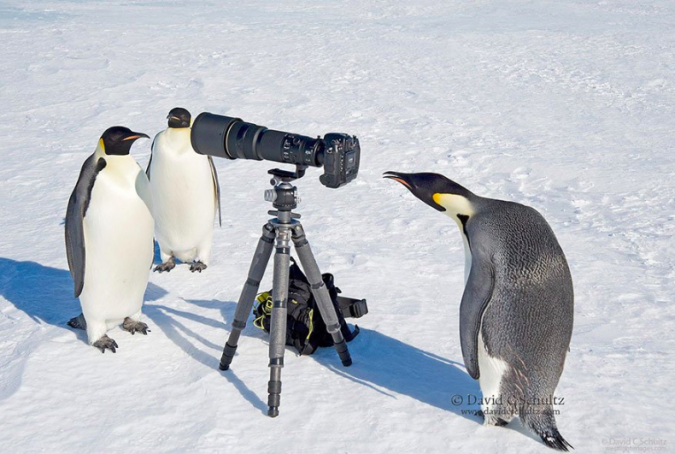 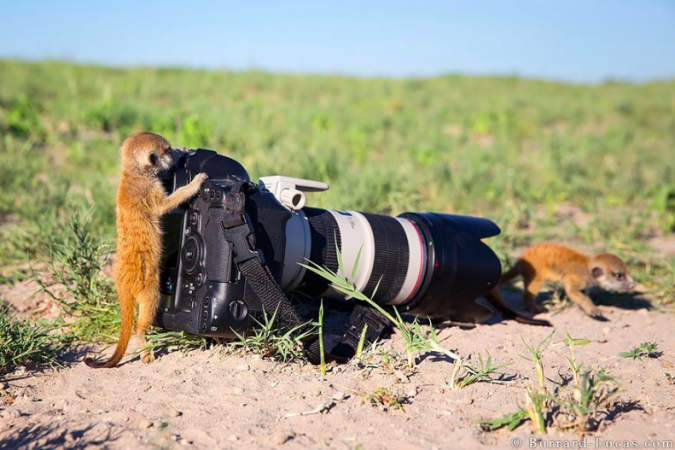 Adorable little baby meerkats are too cute to handle. Camera for scale. 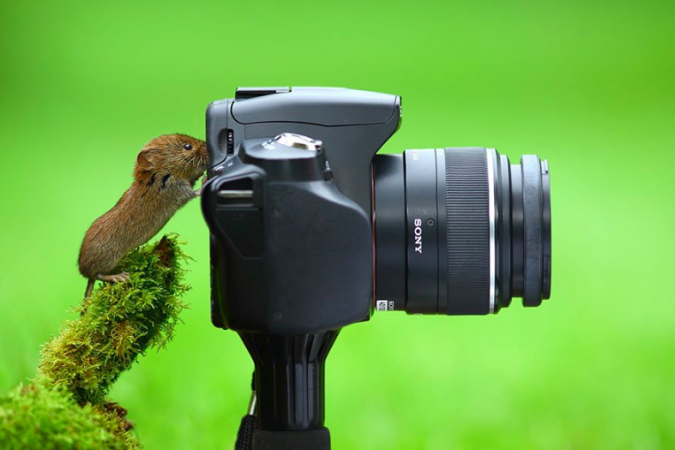 I bet he’s looking for nuts inside this mysterious thing. Sorry buddy! 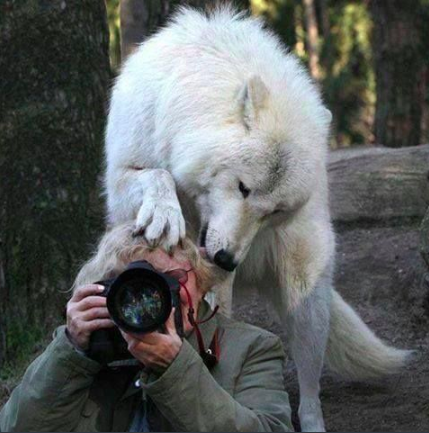 Hey lady, I think you’re pointing the camera in the wrong direction!

Share this with the wildlife lover in your life!